Discover and live unforgettable holidays in Kastelorizo by booking one of our unique rooms.
Alexandra pension has been characterised as an authentic traditional accommodation located in kastelorizo island, Greece.
This hotel has put a great effort in order to maintain the local architecture style of this area.
Our rooms and apartments are ideal for those looking for a comfortable, relaxing accommodation away from crowds and noise. 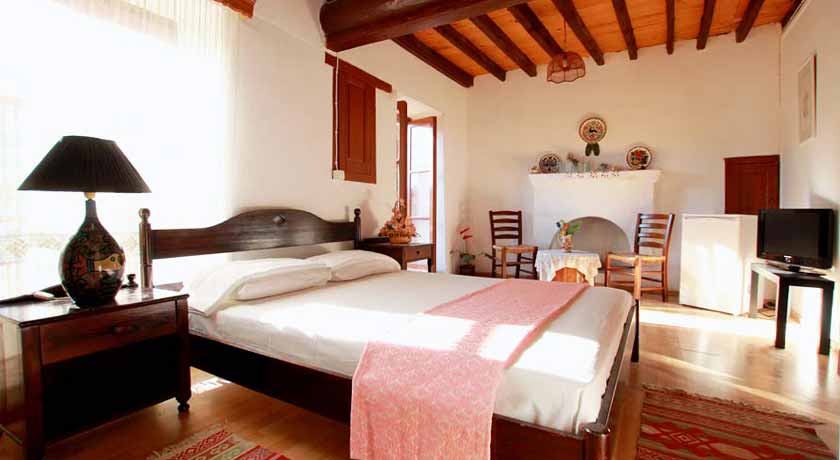 The double rooms are located on the first floor of the hotel.
Both double rooms to let have balcony overlooking hotel garden. Each room is air conditioned and has flat screen TV with international TV channels, double or single bedded room. The bathroom is new and includes free toiletries. 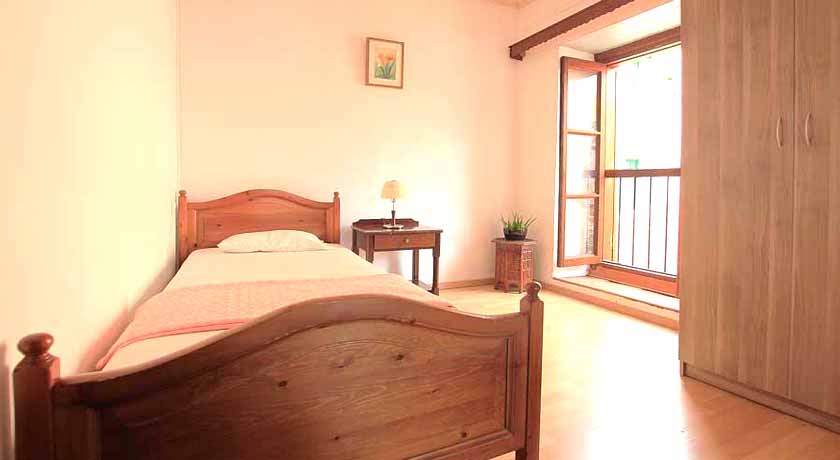 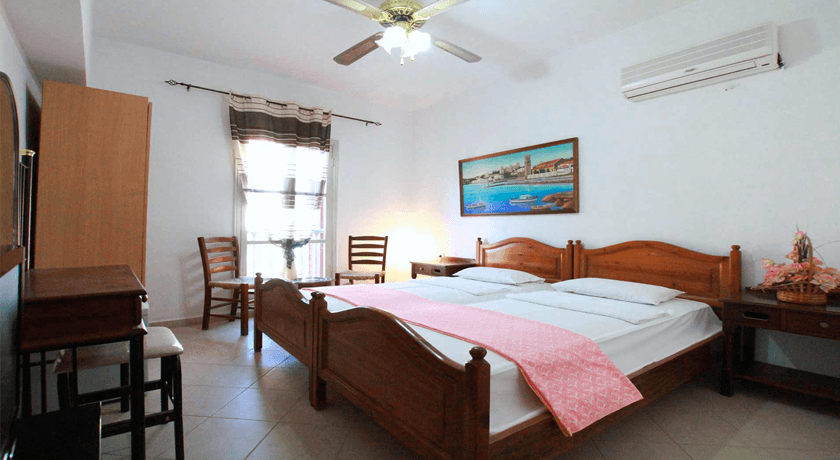 Apartments 2 Guest are located on the first floor and the ground floor of the hotel.
Both apartments 2 guest have balcony overlooking hotel garden. Each apartment is air conditioned and has flat screen TV with international TV channels, double bedroom. The bathroom is new and includes free toiletries. 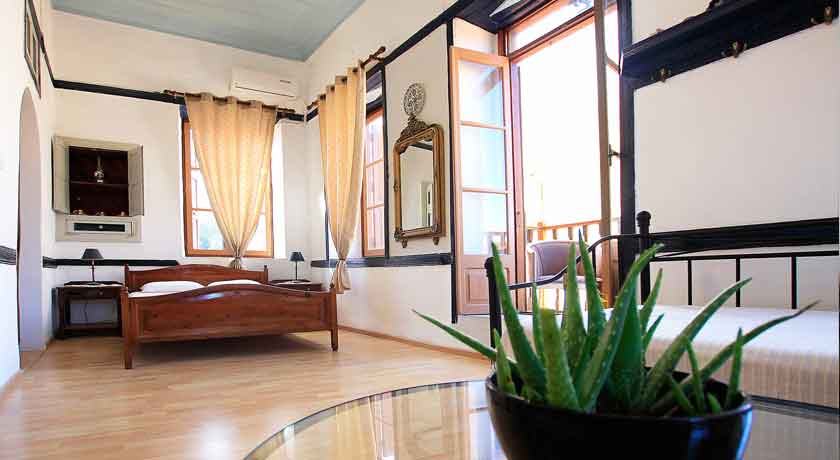 Apartments 3 guest are located on the top floor of the hotel.
Spacious air conditioned triple room to let with terrace overlooking the main square of kastelorizo island and the sightseeing of Kastellorizo (red castle). Apartments 3 guest consists of sleeping area with double bed ,sitting area with comfortable sofa and dining area.

Kastellorizo or Megisti is a Greek island in the eastern Mediterranean, about three miles off the Turkish coast.

It is located 120 km east of Rhodes and covers 9.113 km². In general public the island is known by the Oscar-winning film 'Mediterraneo'.

The name Megisti, as the official name of the island, was because it was the greatest of all the small islands in the region.

The name Kastellorizo 'Castello Rosso' is Latin and means red castle, because of the red colored rock on which the citadel of the island was built. 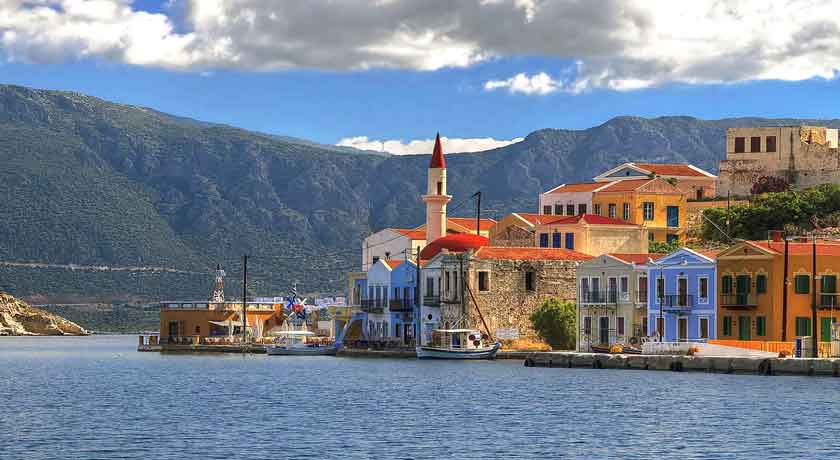 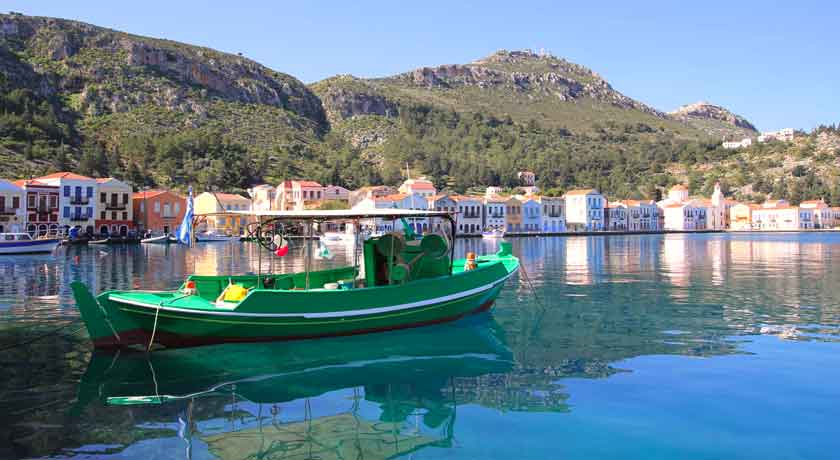 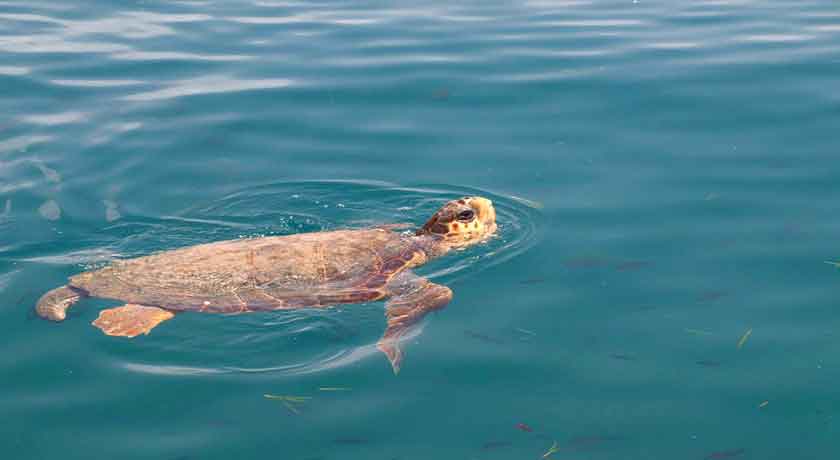 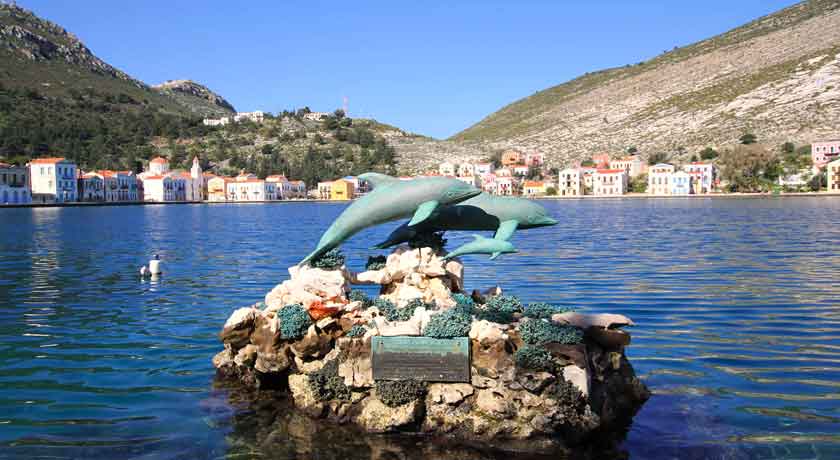 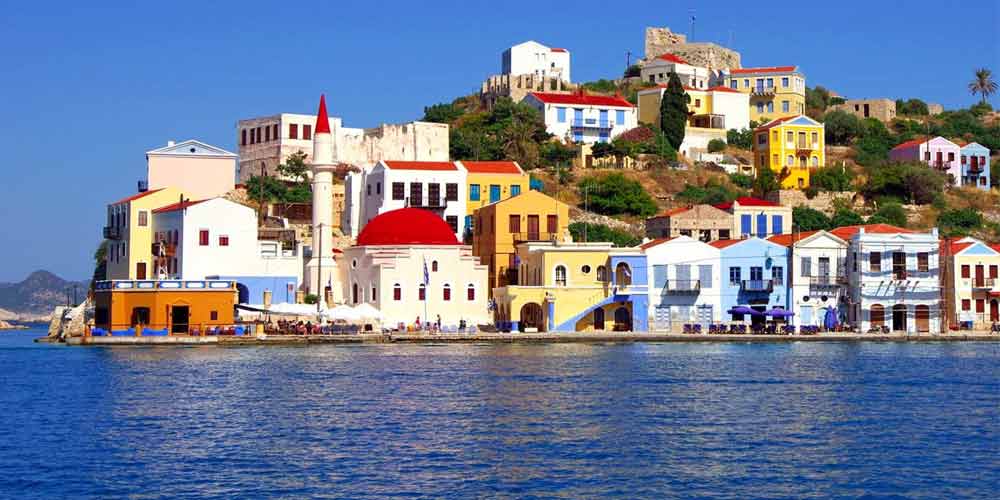 1) LOCATION
A closer look at the map of kastelorizo you will realise that we are located on the central square of the island. So you don't have to walk long distances in order to go to your destination.

2) LOW PRICES
We are a value for money choise. We are one of the cheapest hotels in kastelorizo with very competitive prices.

3) FACILITIES
We offer rooms to let and apartments to let that combine the traditional and the modern style of the island with all the necessary amenities.

4) STAFF
We are a family run pension and we provide a friendly traditional accommodation.During these years we created a unique relationship with our clients and that's why we have a lot of repeating customers.

What Our Guests Say